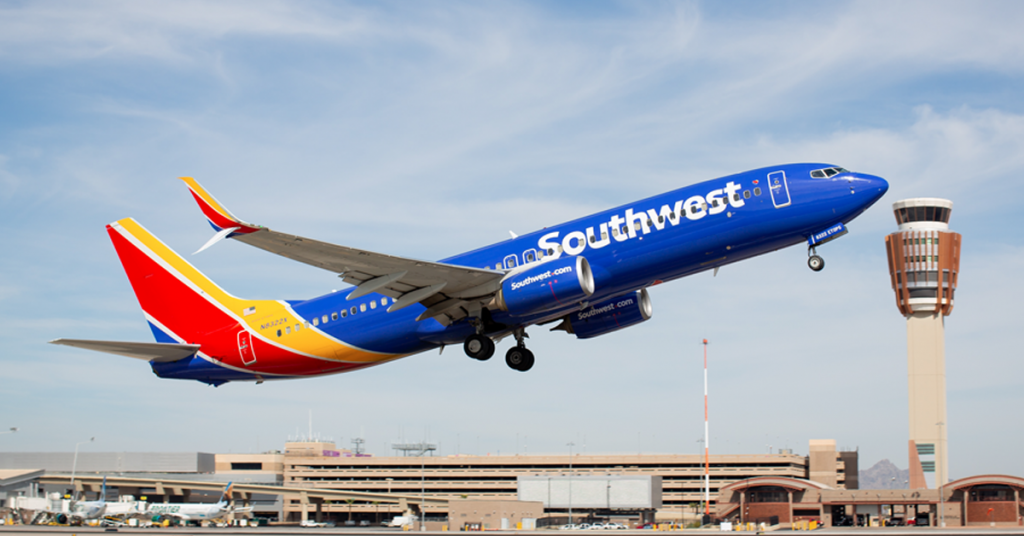 Southwest Airlines, the long-elusive budget airline, announced its intention to fly into Fresno-Yosemite International Airport in 2021, marking its first foray into the San Joaquin Valley, the airline announced Tuesday.

Destinations from the Fresno-based airport were not announced in a release from the airline.

In the midst a pandemic-stricken airline market, with business and recreational travel at all-time-lows, Southwest has deftly sought to play offense – increasing routes to its hubs and focus cities while adding new destinations to its ever-growing portfolio.

In a profile of the carrier’s COVID-era business moves by the Wall Street Journal, Southwest Captain – and pilot union chief – Jon Weaks described the airline’s strategy as “predatory and opportunistic—which we like.”

Fresno, which has long salivated for the Herb Kelleher-founded airline, was one-such destination in the works under this expansion plan.

It wasn’t always this way. For many years, Southwest ignored California’s fifth-largest city and its metropolitan area due to a severe lack of flight-based business travel.

In spite of the lack of business travel, Fresno has seen a rapid explosion of air travel out of its commercial airport.

In 2016, Fresno-Yosemite International reported 734,433 total passengers. Three years later, that figure ballooned by more than 150 percent – with 1.96 million passengers flying through the facility.

As of its August passenger statistics report, nearly 623,497 passengers travelled through Fresno-Yosemite International amid the COVID-19 pandemic.

Securing Southwest may prove to be the ultimate achievement for Fresno’s airport director Kevin Meikele, who has overseen Fresno-Yosemite International’s explosive growth since 2012.

“For years residents and businesses throughout Central California have expressed a desire for Southwest service and connectivity to their vast network of destinations and renowned customer service,” Meikle said in a statement.

“Southwest will expand the Central Valley’s air transportation gateway to Yosemite, Sequoia and Kings Canyon National Parks, and we look forward to our new partnership with Southwest and their arrival in the spring.”

Planning for the announcement stretches back to – at the earliest – mid-November, when senior City of Fresno and airport officials, along with local business leaders, met with Southwest Airlines executives to discuss opportunities presented by the airport’s current expansion.

The expansion project, most notably, includes the construction of a three-story parking structure amid the airport’s heavily-utilized parking lot.

In a statement issued to The Sun, Fresno Chamber of Commerce President Nathan Ahle touted the highly-sought flyer as a boon for local business.

“Southwest Airlines starting service to Fresno is a big win for our region,” Ahle said. “We’ve been hearing for years that not having Southwest serve our market was a major sticking point for many national firms, and this news will definitely be welcomed by those looking to relocate or expand here.

“Plus, the competition Southwest brings means lower airfares and more choices for consumer traffic, which is always a plus.”

The big question: where are flights headed and when can we buy tickets?

Recent history, as evidenced by the new edition of Palm Springs to Southwest’s portfolio, shows the airline can kickoff flights within two months of making an announcement like Wednesday’s Fresno announcement.

However, the airline said it will begin flights out of Fresno-Yosemite International in the second quarter of 2021, which begins on April 1.