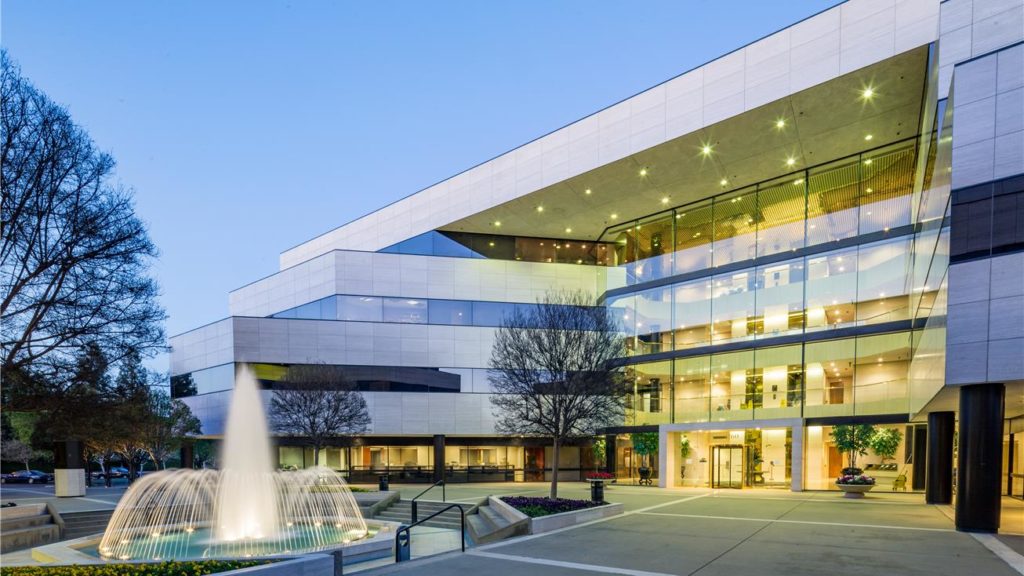 The proposed expansion of Fig Garden Financial Center in Northwest Fresno took a big step forward on June 19 at the Planning Commission meeting.

The commissioners on a 5-0 vote recommended to the City Council approval of a rezone application and several other development documents submitted by the Assemi Group.

The vote also is a big step toward the innovative restructuring of an established residential neighborhood. At the end of the day, City Hall, the Assemis and neighborhood residents just might prove the wisdom of the 2035 general plan’s focus on infill development.

I won’t bore you with too much background. I’ve written a handful of times on redevelopment efforts in this neck of Fresno’s woods.

In a nutshell, the Assemis want to build the fourth office building on land that encompasses pieces of the current financial center footprint, the narrow linear park that runs along part of the financial center’s boundary and two other pieces of developable property owned by the Assemis. Two small pieces of San Jose and Colonial avenues also would be impacted. The expansion would require these pieces of public streets to be “vacated.” In doing so, direct vehicular access between San Ramon Avenue/Colonial and San Jose would be eliminated.

My wife and I have lived in the neighborhood (San Ramon) for 25 years. We support the proposed project. A substantial number of my neighbors do, as well (judging by letters to the Planning Commission). Some of my neighbors are opposed. Probably a fair number are indifferent.

Granville Homes Vice President Jeff Roberts, representing the Assemi Group, told the commissioners that many steps remain before ground is broken on the fourth office building. Not the least of these is getting council approval to vacate the needed parts of San Jose and Colonial.

But the fact that the applications reviewed on June 19 and the detailed applications pertaining to the fourth office building are connected is no secret to anyone at City Hall or in my neighborhood.

“I think this is a good project,” said Commission Chairman Serop Torossian before calling for the vote.

A half-dozen or so of my neighbors spoke at the hearing. Again, some were pro, some were con.

Among the concerns: Eliminating direct vehicular access between Maroa and Palm avenues would reduce the number of neighborhood exit options from two to one; the access of neighborhood motorists to both Palm and Maroa is white-knuckle experience because of lack of stop lights; what’s envisioned by the Assemis is so complex that a full Environmental Impact Report is needed.

Roberts said the project’s impact on the neighborhood environment has already been thoroughly studied. He said the District 2 plan implementation committee has given its blessing to the project. He said there would be many more opportunities for neighbors, land-use regulators and legislators to suggest additional mitigation measures.

My wife and I especially like two pieces of the project. One, the fourth office tower would prevent motorists from taking a shortcut drive (often at considerable speed) from Palm to Maroa or vice versa. Two, project planners have devised a way for neighbors to continue walking our dogs without interruption between San Jose and Colonial.

One of my neighbors said she likes the neighborhood pretty much the way it is now. So do I. Regardless of the scale of mitigation efforts by the developer, a fourth office building protruding into neighborhood will have a lasting impact on neighborhood’s appearance and perhaps its quality of life.

My first inclination when faced with disruptive change is to say, “No!”

But that is not all that’s in play here. Change as permitted and encouraged in the 2035 general plan is coming to our neighborhood no matter how impassioned the opposition at the Council Chamber’s public microphone. If we don’t get the fourth office building, then we’re almost certain to get dozens of apartment units on all developable land along San Jose and Colonial.

I suggest the neighborhood’s long-term interest, given the constraints on the neighbors’ ability to influence events due to the 2035 general plan, is best served by the Assemi project.

I give the final word from the June 19 hearing to Gransville’s Roberts. He told the commissioners:

“It’s a very unique project. The quarter section bounded by Barstow on the north, Shaw on the south, Maroa on east and Palm on the west – you’ve got county property (there), a lot of it. You’ve got a lot of city property. You’ve got a very major retail center – Fig Garden Village. (You’ve got) a substantial office project – the financial center. You’ve got nine multi-family projects within this quarter section of varying densities. And you have a lot of fairly low density single family residential (areas). So, that mix makes it a very interesting area to try and do infill in….

“We think our solution, while it may be a little different than what used to be there 40 or 45 years ago, is a good one for the long term viability of the neighborhood. It helps the city achieve their goals for mixed use in this area that they envisioned in the 2035 general plan and what we would like to do.”