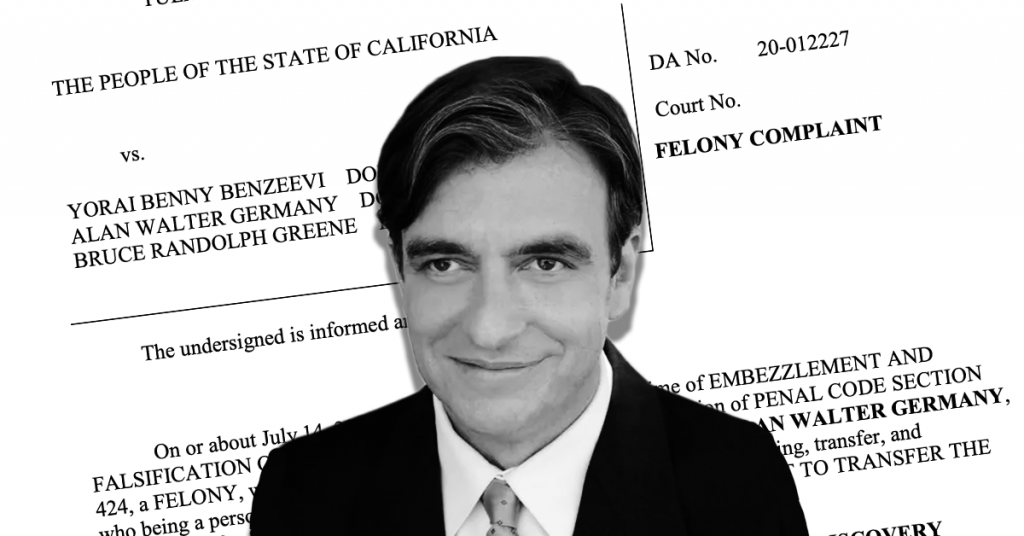 Three top-ranking executives that helmed the management firm operating the City of Tulare’s lone hospital have been charged with 40 felony charges stemming from long-stemming allegations of mismanagement.

The lengthy list of charges – which encompass six additional misdemeanors – follows an intensive, three-year-long investigation into the former operators of the hospital.

They include misappropriation of government funds, conflicts of interest, money laundering, embezzlement, theft, and failure to disclose funds intended to influence a political campaign.

Mismanagement of the hospital and its finances ultimately forced its governing agency – the Tulare Local Healthcare District – to declare Chapter 9 bankruptcy.

A blurring of the lines – geographically and financially

At the crux of many of the charges against Benzeevi and his associates is the blurred lines between Healthcare Conglomerate’s relationship with the Tulare Healthcare District and another local public hospital it managed – the Southern Inyo Hospital in Lone Pine.

Benzeevi and Germany also faced three felony counts of embezzlement stemming from the the Tulare healthcare district’s failure to make $4 million in interest payments to Build America Bonds stretching from July 2015 through July 2016.

The Doctor, the Campaign, and The Mossad

Benzeevi and his company enjoyed a strong relationship managing Tulare’s public hospital for much of its tenure. That is until it collided with a looming problem one decade in the making.

By 2016 – eleven years after receiving voter approval – the first phase of construction on the tower had not been completed. Tulare County’s Grand Jury began to investigate.

Dubbing the project the “Tower of Shame,” the Grand Jury highlighted mismanagement of construction and innumerable change orders, pointing the blame at the district and its management – Healthcare Conglomerate Associates.

A citizen group – Citizens for Hospital Accountability – sprung up to reorient the board of the Tulare Local Healthcare District.

The group’s first target? Parmod Kumar, the gastroenterologist at the center of a felony conflict of interest charge filed against the Healthcare Conglomerate executives.

The recall campaign to oust Kumar had an bizarre wrinkle: the outside influence of so-called “Private Mossad for Hire.”

The shadow operation backfired on Benzeevi – whose firm also contributed $10,000 to Kumar’s campaign to retain the seat – as Kumar was successfully recalled.

Gutierrez cast the vote to oust Benzeevi and Healthcare Conglomerate Associates, but not before a final dose of controversy.

A major element of charges was a push by Benzeevi and Healthcare Conglomerate Associates to have Tulare’s hospital district take out up to $22 million in loans in 2017.

The resolution authorizing the loan limit stated the purpose of the indebtedness was to pay for ongoing hospital operation costs, construction costs on the hospital’s ill-fated “Tower of Shame” project, and repayment of debt.

In Tuesday’s criminal complaint, the Tulare County District Attorney denotes the 14 steps it took to convert a proposed loan into a bevy of felony charges for the former hospital managers.

Among them: Benzeevi failed to denote that the loan proceeds would be utilized to pay himself back for debts he was claiming against the hospital district; Benzeevi and Greene failed to recognize a newly-elected hospital board member – Senovia Gutierrez – as a formal member of the board of trustees and count her vote to rescind the loan agreement and terminate the district’s relationship with BakerHostetler; and a written legal opinion drafted by Greene clarifying that the loan transaction was legal under California law.

The end result: Benzeevi and Greene were charged with felony conspiracy to defraud another of property, grand theft by embezzlement of public funds, and a charge of money laundering for the transfer of funds to BakerHostetler.

Benzeevi was separately charged with an additional count of felony money laundering for the $2.4 million transfer of funds from the loan authorization – and featured a sentencing enhancement for laundering money in excess of $2.5 million.

While the subjects of Tulare County’s most expansive – and expensive – criminal investigation, accounting for $1.5 million in staff costs and travel to five states accounting for 13,500 staff hours, they are not currently in custody.

Benzeevi left the United States on March 1, 2019. It is assumed he left the country for Israel, his birth place. If convicted on all counts, he faces a prison sentence between 13 and 40 years.

Germany moved to Arizona after being dismissed in March of 2017. He has held other positions, out-of-state, for healthcare industry firms.

Greene remains with BakerHostetler as an attorney. The firm severed its ties with Healthcare Conglomerates in 2017.

Germany and Greene face a prison sentence of 10 years, if convicted.

Representatives for Benzeevi and BakerHostetler did not respond before publication.

Officials with Tulare’s hospital district, which has since assigned management of its hospital to Adventist Health post-bankruptcy, were elated at the long-awaited criminal filing.

“We are pleased that the investigation has resulted in charges against HCCA and Bruce Greene. We know justice will be served for the District’s residents and have every confidence in the District Attorney,” said Kevin Northcraft, the district’s board president.

“For as much damage as was done to the community, it is important that this case has its day in court.”