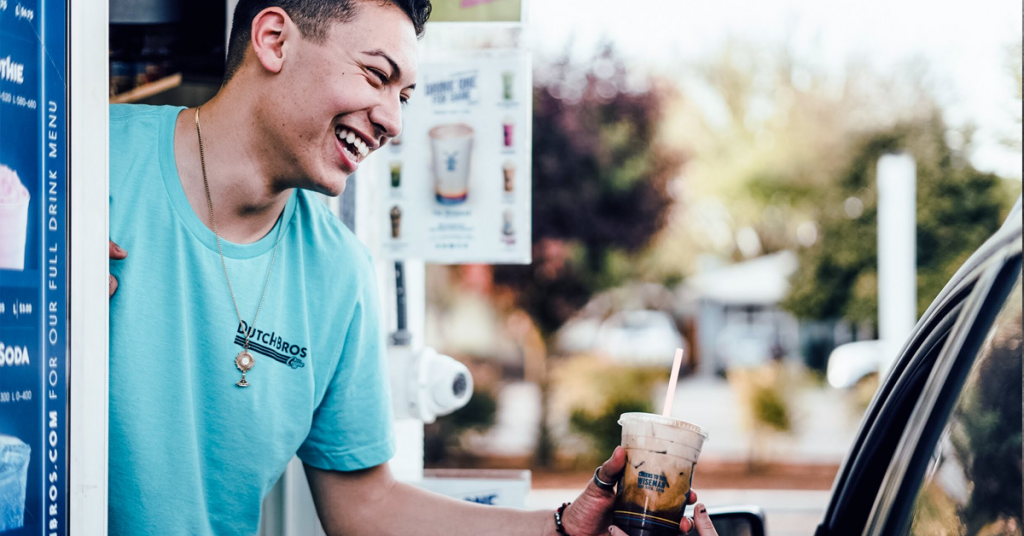 Dutch Bros., the Oregon-based coffee shack chain, is continuing to leverage its deep affinity of young Valley consumers with new moves to expand.

In the span of a few short months, the coffee chain will have four locations – increasing its size to 11 locations within the central San Joaquin Valley.

The company has quickly constructed a drive thru at the southwest corner of Herndon and Fowler avenues in Clovis, marking its first foray into the city.

Meanwhile, in Kings County, the company began construction on a new location in Hanford near an Aldi grocery store.

And in Visalia, the chain is adding a franchise on Akers Street.

Dutch Bros. operates on a franchise model, with a unique twist.

In a Forbes profile, the company said that it has doubled down on franchising its locations to tried-and-true workers by eschewing strict capital requirements for franchisees and offering generous loan terms to cover the rest.

The embrace of a tightly-knit franchising strategy was described as unheard of by a franchising expert.

The company has regularly earned high plaudits from the magazine’s rankings of franchised establishments and held a 97 percent five-year continuity rate between 2010 and 2015, meaning only 3 percent of locations closed during that span.