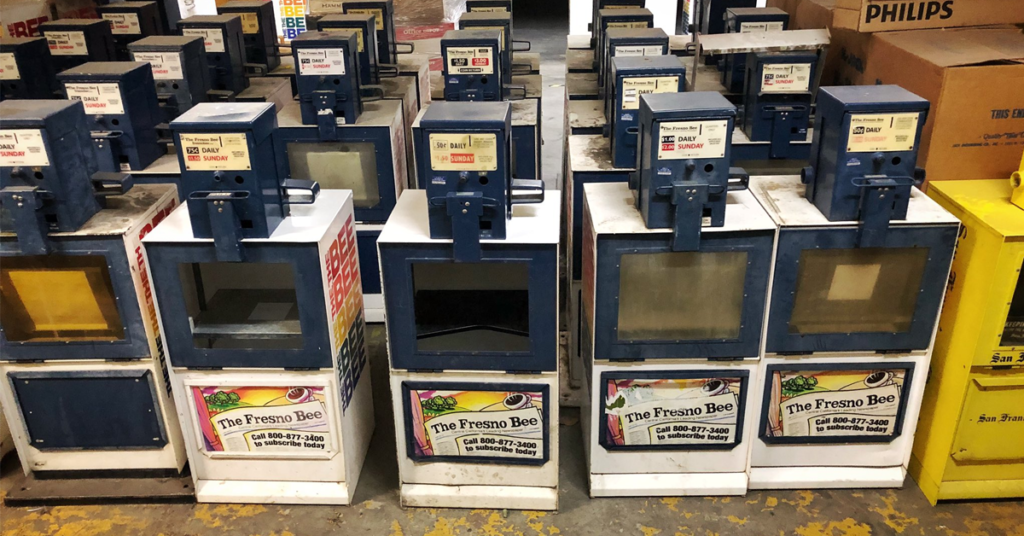 The Fresno Bee is on the move and downsizing its footprint. But what’s happening with its current digs – located at 1626 E Street – in downtown Fresno?

At least one local organization has been broached about acquiring the 300,000-square foot industrial and office building that sits on nearly 15 acres of downtown real estate.

A source with intimate knowledge of Fresno Unified School District told The Sun that representatives on behalf of The McClatchy Company approached the school district with an offer to sell the building.

FUSD Public Information Officer Vanessa Ramirez said the district could not confirm whether McClatchy or an agents presented an offer, but did say that the district is always interested in land downtown if it suits the district’s needs.

“As a district we would never ignore a large parcel of land available in downtown Fresno if it served the best interest of our students and teams,” Ramirez wrote in an email to The Sun.

In 2016, McClatchy contributed The Fresno Bee’s building – along with five other buildings belonging to its papers – to the McClatchy Company Defined Benefit Pension Plan as the company’s non-cash contribution.

At the time, the six buildings were valued at $47.1 million by an appraiser.

Given the transfer of ownership, the McClatchy Company began paying rent rent on the Fresno building to the pension fund.

A digital listing for The Bee building does not list an asking price.

The Fresno Bee will be leasing office space from Bitwise Industries in the Bitwise 41 building on the corner of Ventura and R streets in downtown Fresno.

The building was most recently the home of The Old Spaghetti Factory, and before that it housed a raisin packing plant. Bitwise purchased the building and reopened it in 2019 following a $7 million renovation.

The tech hub company has already leased out space in the building to several tenants and also has co-working space for individuals to rent solo workspaces.

The Bee moved to their E Street building in 1976, after operating on Van Ness Boulevard.

Following a decades-long slide filed with layoffs, downsizing and operational changes, a very large part of the building went unused.

A key change arrived in 2016, when The Bee stopped printing the newspaper in its in-house printing press and moved print operations to Sacramento, rendering much of the industrial facility useless.