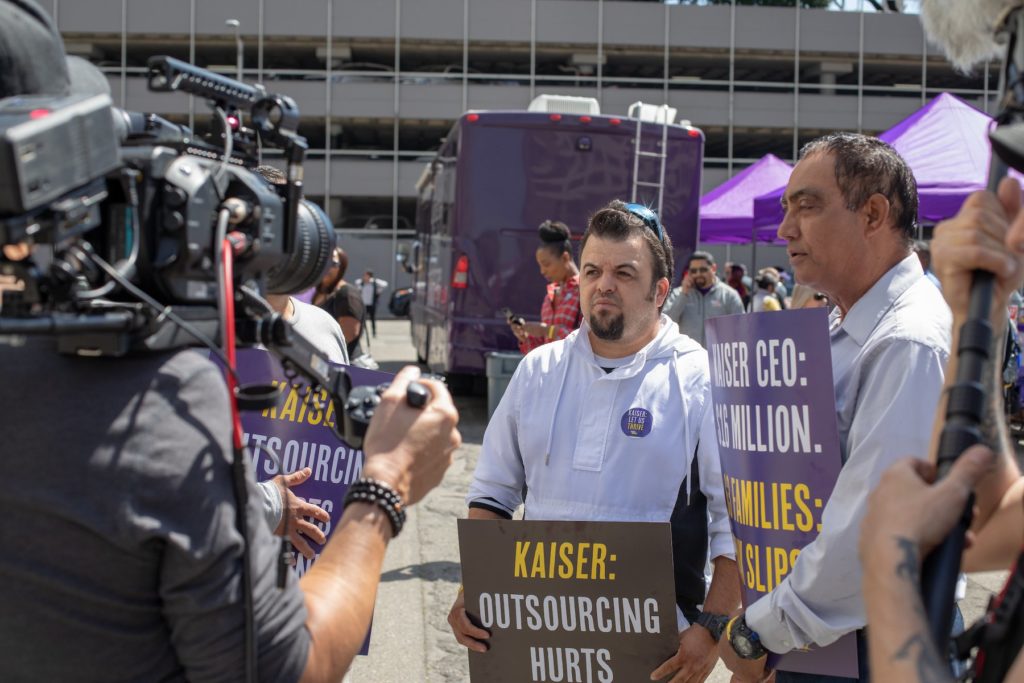 Kaiser Permanente’s California employees voted to authorize an unfair labor practices strike against their employer during a vote ending on Friday, its union announced Monday.

That figure penciled out to 98 percent in favor of striking.

A national contract with SEIU-UHW expired last September. In December, the National Labor Relations Board charged Kaiser with failing to negotiate in good faith and attempting to tie collective bargaining to a ban on political activity.

Kaiser issued a statement saying that its latest offer, issued last week, did not include pay cuts or changes to its pension program.

“To be clear, Kaiser Permanente has presented a contract proposal that would provide annual pay increases that would keep our employees compensated higher than market averages and maintain excellent benefits,” Kaiser said.

The California vote is a precursor to votes in Oregon, Washington, Colorado, Maryland, Virginia, and the District of Columbia, expanding the number of strike-eligible workers to more than 80,000.

A nationwide SEIU-UHW/Kaiser strike starting in October would constitute the largest strike since 1997.