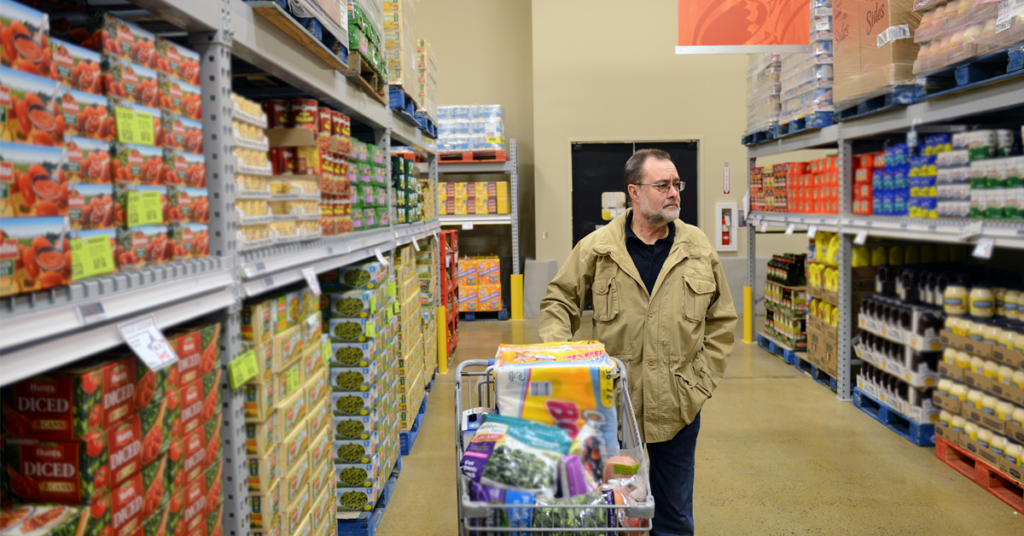 It’s time to head to the grocery store, and days after screaming headlines and TV segments about lengthy lines to buy toilet paper and food staples, the store shelves are – unsurprisingly – fully stocked.

The time has once again arrived to remind folks of the significance American agriculture has to the nation and world.

A key lesson in our panic is that food, fiber, and dairy independence for our country has and should remain a top priority. The only shortage appears to be employees stocking shelves, which is why grocers are in the midst of a hiring spree.

While politics and media are no doubt playing a domineering role in creating the reaction of many, it is a perfect time to remind people that your food is not coming from the back of stores.  It is coming from farmers, ranchers, and dairymen and women in America.

The dependence on China for prescription drugs has garnered attention. Now, imagine if your food was dependent on another nation’s attitude toward America in a time of need and high demand.

We should thank the grocery workers who are tirelessly working and think about the American farmer who is working every day to make sure you have no shortages.

At the same time, we should be reminded to pay attention to the people, politicians, and special interest groups who have a mission of hindering American agricultural production.

A bright light has been shown on priorities. It would have been informative to learn the percentage of people waiting in line for their grocery store to open who were thinking about Delta Smelt or the Natural Resources Defense Council.

Much like making it a priority for many of you to stock your pantry, it is a priority of American farmers and ranchers to make certain you can.

There is no one area, county, state, or country in the world that has contributed to filling your grocery store shelves more than the Central Valley of California. If this story reaches every corner of America, that remains true.

We find ourselves now discussing essential services and businesses.  Safe, affordable and dependable food grown in in the United States is easily taken for granted when always in abundance.

We have recently witnessed on a global level the priority many people place on the availability of food. Now, Americans are replacing panic buying with full shopping carts thanks to American agriculture.

This is a time to use caution, common sense, and good hygiene.

It is also a very important opportunity to remind people that filling those grocery store shelves takes months of planning, required inputs, navigation of burdensome regulation, and some of the hardest work on the planet by very few.

Less than 2 percent of the employed American population feeds the rest of us. With so many of us absolutely relying on so few to sustain us, agriculture is at the top of the “essential” list.

As more of us realize our shelves are full maybe we can not only increasingly appreciate what it takes to accomplish that but also participate in its success.

Arm yourself with facts and know this issues of agriculture, teach it in schools, and vote for the success of local food, fiber, and dairy production on your ballot.

More importantly, voice your concern and opinions to political leaders and special interest groups who either make things very hard for farmers or seek to destroy them.

Know that while you hear and read about water shortages and droughts, California sends more than 80 percent of the freshwater in your state to the ocean through the Sacramento-San Joaquin Delta.

On average, you get between 17-18 percent of that water.

Know that your state has become experts at selling scarcity in a world of plenty. You can find that scarcity in your own rising water bills.

Until we all get on board in defense of our own food supply, let’s hope American farmers and ranchers can hang in there.

They have been waiting for us long enough.

Yet, we aren’t the only ones who rely on California agriculture. Products grown here are shipped far and wide to countries who are not able to feed themselves.  They are shipped to populations who value what we are able to do with our soil and climate, because they have neither. We may soon realize the absolute importance of recent trade deals. While we face many issues as mentioned above in food production, labor shortages are nothing new but are as big an issue as any.

Reports from China are showing pessimism in their agriculture production for this reason after reeling from the pandemic which started there.

They will get their food from somewhere and that somewhere is largely America.

While we work day-to-day to get through these times together we are able to celebrate the fact we have had no food shortages.

While counties and states issue orders that are temporarily suspending a great economy, your food is being planted and grown for the next time you visit the store.

Take a minute to appreciate the fact it is there, and going forward, do what is necessary to see that it stays. There are people who have the land, knowledge, and grit to make sure you have food. They are there for us.

We should all be there for them.