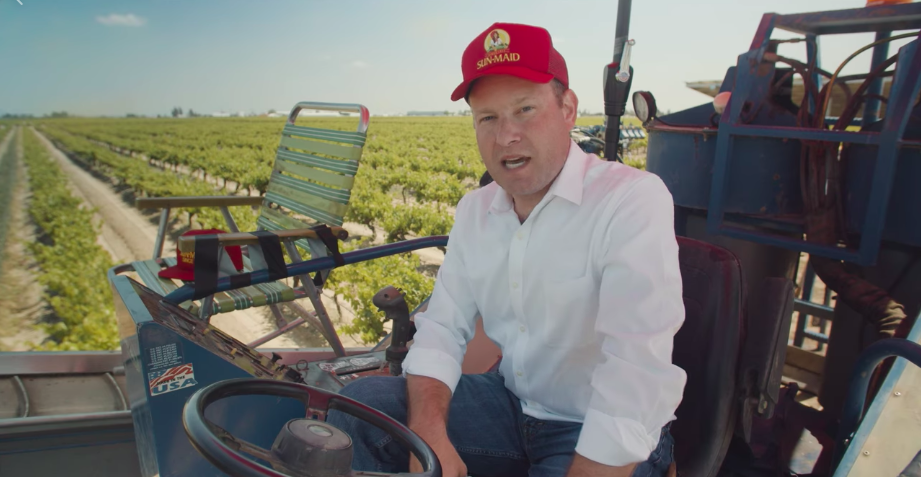 Ahead of comedian Jerry Seinfeld’s tour stop in Fresno on Thursday, the raisin co-operative posted a video featuring Overly entitled “CEOs on Farms Talking Raisins,” playing off the title of Seinfeld’s web show “Comedians in Cars Getting Coffee.”

Seinfeld has long had a routine surrounding Sun-Maid’s decision to sell its own chocolate covered raisins in movie theaters, competing with Nestle’s Raisinets.

Seinfeld told David Letterman on the Netflix show “My Next Guest Needs No Introduction” that he’d rather to delve into his raisin material than talk about President Donald Trump on-stage.