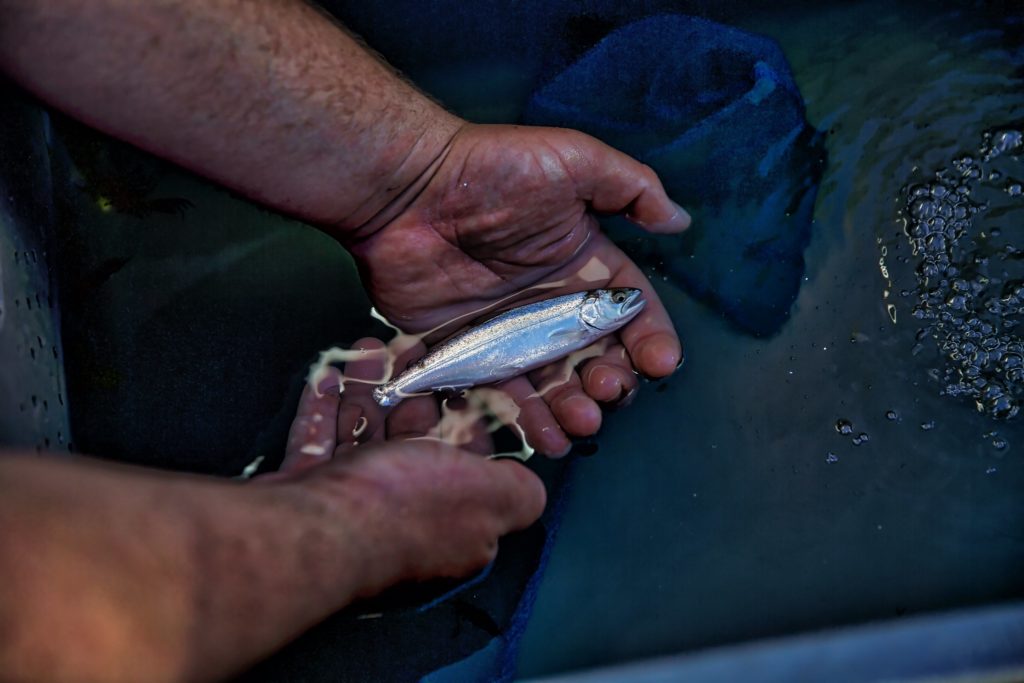 For some, it’s proof they have been able to avoid predators and multi-billion dollar infrastructure that keeps millions of humans alive.

It has been nearly 65 years since the species has spawned in the San Joaquin. And the news this week follows major political and environmental action.

After being released in 2017, the salmon made it hundreds of miles to the Pacific Ocean, and have found their way back to the San Joaquin River.

The total yield from the Bureau of Reclamation: five so far. One died, but for the sake of argument, I’ll call it five.

There are more to critical issues than a feel-good attitude just because it’s nice to see threatened salmon in the San Joaquin River.

It can’t be overstated the cost and effort it took to make this happen.

To fell this victory, millions of taxpayers’ dollars have been spent. But, by and large, the bulk of the cost of restoring salmon has been paid by farmers in the Central Valley who benefit from Friant water.

What led to this historic-yet-costly achievement was the San Joaquin River Settlement.

In 1992, Congress pushes through the CVPIA. This action single-handedly shifted water and money from Valley farmers by driving money to environmental organizations and sending water to the ocean.

In 2006, a Settlement is reached and by 2009, the Democrat-led Congress and President Obama enact the Settlement.

Cost estimates of this effort range from $890 million to $2 billion to restore 153 miles of the river from Friant Dam to the confluence of the Merced River.

Between 250,000 and 360,000 acre-feet of water are specifically dedicated to fish habitat on the San Joaquin. Based on this week’s news, it appears to be working.

Taking the conservative cost estimate, each of the five fish caught cost taxpayers and water users $178,000,000.

And each of those fish needed 50,000 acre-feet of water per year.

I won’t even stress the cost of pumping, aquifer consequences, fallowed land, and – lest we forget – lost jobs. Many politicians aren’t either.

And yet the Settlement is likely the key reason we have seen no progress in building Temperance Flat Dam.

Even worse is knowing the fact that we had our chances to change course from our bad decisions. In 2012 and 2014, we had opportunities to repeal the Settlement. In 2014 and 2015, we had the opportunity to reform the CVPIA.

Yet a stonewall from the United States Senate blocked the flow of water to our communities. The Senate’s only offering, courtesy of Sen. Dianne Feinstein, produced zero acre-feet of water for the San Joaquin Valley.

Environmental groups have been ruthlessly effective in working to diminish Valley agriculture and, by extension, the people of the region.

Those efforts extend to the State of California, with groundwater legislation that will deliver a double dose of consequences in January 2020.

In light of that, the Public Policy Institute of California has publicly said that at least 500,000 acres must be retired from growing food and fiber.

In a world where a home-grown food supply should absolutely be considered a matter of national security, eat your salmon slow.

They are the most expensive item on the menu.