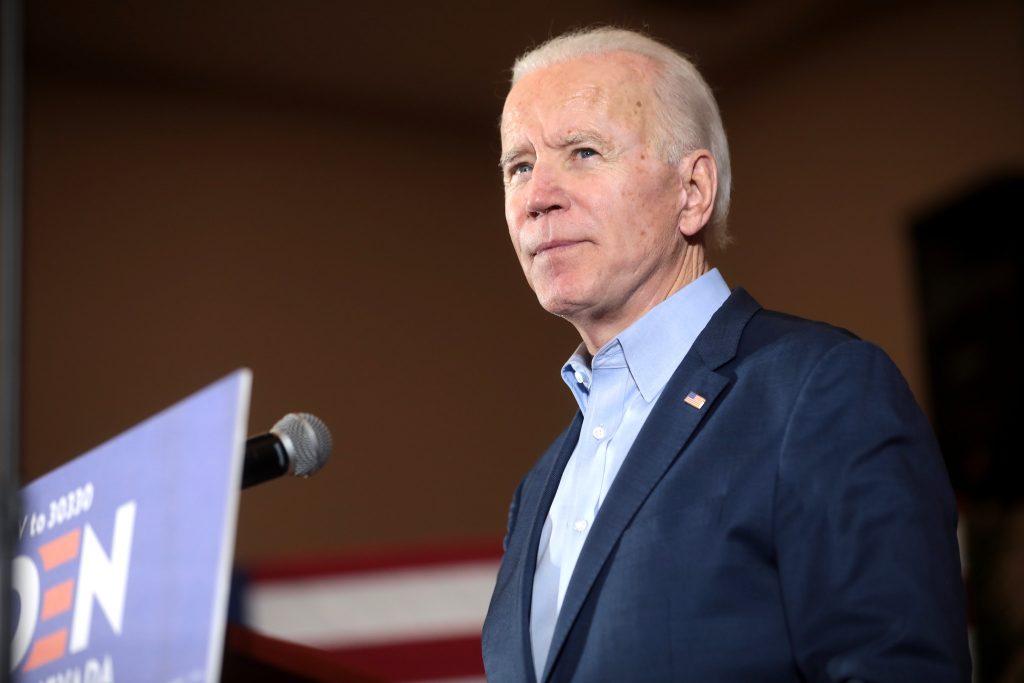 Obviously, the transition of power in Washington D.C. was timely and unhindered.

Within hours of inauguration, government websites were completely changed and lists of appointees put in place.  For federal water users in California, all eyes are on the Department of Interior. On Dec. 17, Biden chose Rep. Deb Haaland (D-N.M.) to serve as Secretary of Interior, among others.

In a statement, he said of this class of appointees: “They share my belief that we have no time to waste to confront the climate crisis, protect our air and drinking water, and deliver justice to communities that have long shouldered the burdens of environmental harms.”

Later that evening, Haaland tweeted, “A voice like mine has never been a Cabinet secretary or at the head of the Department of Interior.  I’ll be fierce for all of us, our planet, and all of our protected land.”

Rep. Haaland would be the first Native American to lead the Interior Department and she is a staunch supporter of the Green New Deal.

She opposes fracking and drilling on public land and her environmental justice goals are sure to be front and center at Interior.

Shortly after Biden and Vice President Kamala Harris took their oath on Wednesday, the Department of Interior released its new leadership team.

Some key positions were filled by:

Travis Annatoyn was named Deputy Solicitor for Energy and Mineral Resources. He joins Interior from Democracy Forward Foundation, a litigation and advocacy nonprofit in Washington D.C. created in 2016 to target the Trump administration.

Their successes include an ethics complaint against Ivanka Trump and a lawsuit against the Trump administration claiming a Constitutional violation by cutting money from the Obamacare advertising budget in an attempt to achieve competition in health coverage plans.

The board of Democracy Forward consists of attorneys with backgrounds in former political campaigns of Barrack Obama and John Kerry, among other accomplishments.

Morgan Gray is named Deputy Director of Congressional Affairs in the Senate. He joins Interior from being the Legislative Director for Senator Edward J. Markey of Massachusetts, who was the principal House author of the 2007 fuel efficiency law increasing fuel economy standards to 54.5 miles per gallon by 2025 and authored an act in 1987 which stopped the construction of hundreds of coal-fired plants according to his website.

Kate Kelly is the Deputy Chief of Staff in Policy. Most recently, Kate was the Public Lands Director at the Center for American Progress. Under the Obama Administration, she served as senior advisor to Secretary of the Interior, Sally Jewell.

Paniz Rezaeerod is the new Deputy Director of Congressional Affairs in the House. She previously served on the staff of Rep. Joe Cunningham of South Carolina and was responsible for legislation banning offshore drilling, secured permanent funding for the Land and Water Conservation Fund, and other environmental justice causes.

Janea Scott was named Counselor to the Secretary. She most recently was a Commissioner and Vice Chair of the California Energy Commission and was a senior attorney with the Environmental Defense Fund.

Maggie Thompson is the White House Liaison. She is a former Chief of Staff for the Biden Campaign and currently serves on the Education Unity Task Force. She was also the State Director for Elizabeth Warren’s presidential campaign. Earlier work includes work in the Obama administration at the White House Council on Environmental Quality.

Maria (Camille) Touton is the Deputy Commissioner of the Bureau of Reclamation. She was the staff lead on the resiliency provisions enacted as part of the Water Resources Development Act of 2020. She has served on staff of several committees and was Deputy Assistant Secretary for Water and Science under the Obama administration.

These are just a few of the new appointees.  These and several other can be found on Interior’s website which also reads, “Interior’s team reflects the Biden-Harris commitment to diversity, with more than 80% of first day appointees identifying as people of color, women, or LGBTQ.”

There is no mention of water infrastructure or agriculture in the statement.

Biden has said that California will be a model for the country.

Actually growing food will be the responsibility of California farmers going forward but likely not a priority, and likely not on your terms.

As Biden’s model, the State of California has proven to be champions of more fresh water to the ocean, infringement of property rights, and burdensome regulation causing higher costs.

Rising food costs and shortages will affect every consumer at some point and is something we could see very soon.