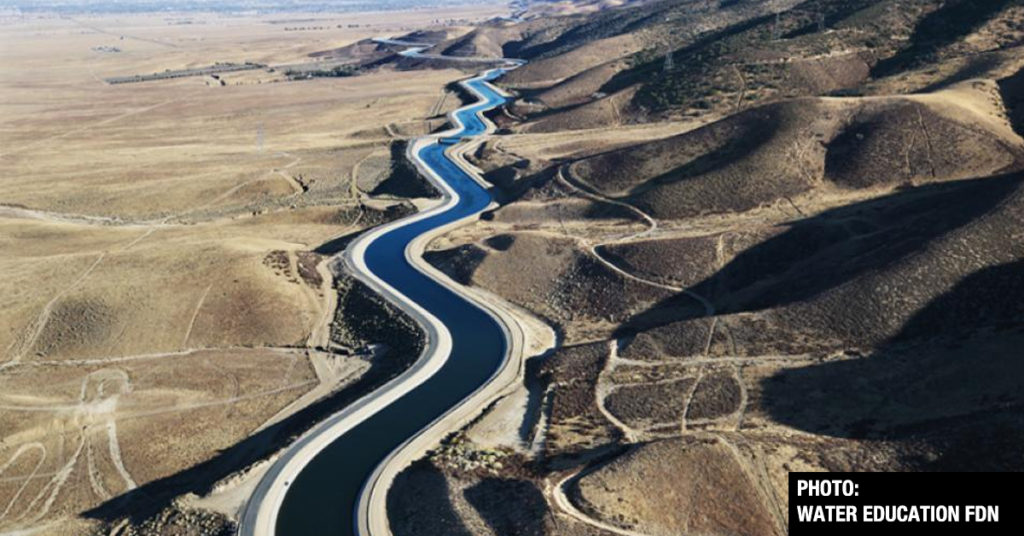 For years, we have been reminded by environmental groups of the catastrophic failures to fish, farms, and people because of inadequate standards, policies, and laws governing the management of water in California.

In the halls of power in Sacramento, the environmental lobby time and again point to issues that would likely lead to the complete extinction of certain species in pursuing their political agenda.

Generally speaking, their plan is always to transfer more fresh water from human use and, instead, allow it to be pushed out to the Pacific Ocean. We have heard the arguments repeatedly on issues related to water such as “increased unimpaired flows,” updates to the Bay Delta Plan, CaWaterFix, and many others.

It has been the same for decades. A non-stop push for newer, updated standards, policies, guidelines, and laws.

After constant acknowledgment of failure, they want us to keep that same science?

To summarize, Obegi claims the bill would save all humans, and perhaps even the planet, from President Donald Trump. He also claims it stops the current Federal administration from causing catastrophic failures to fish species.

I can see why Obegi and the NRDC making these claims now – they’ve been successful in delivering catastrophy, per years of their own writings.

It is, lest we forget, the NRDC who pushed the very policies governing water that have led us to our current situation.

What stands out the most on SB1, is blatant hypocrisy.

In fact, it is so bad, that several Democrats in the state legislature and Senator Feinstein have pointed it out.

As the fate of SB1 is decided in Sacramento and the impact any decision will have on California’s citizens, we should all remember the level of hypocrisy presented by certain groups in order to advance an agenda.

Let’s take a trip back, shall we?

April 2013: Obegi and the NRDC explain that for years, state and federal agencies, water districts, conservation groups, and other stakeholders have been working to develop a successful plan for the Delta.

His complaint, among others was that the State of California was refusing to utilize “sound science” in the Bay Delta Plan that continued to delay the process. He was actually defending the claims made toward the federal government at that time.

“We’ve wasted years in this process – and lots of money – because the state and contractors refuse to incorporate sound science in the BDCP.”

Back in April of 2013, incorporating new, “sound science” appeared to be a top priority.

July 16, 2013: Obegi and the NRDC explain the success of a plan depends on both the state and federal agencies involved to provide better outcomes for fisheries, to improve water quality, and to hopefully improve water supply reliability.

Cooperation with the Feds? It can’t be!

June 20, 2017: In a blog, amazingly, Obegi admits: “Indeed, state and federal agencies have concluded that existing protections in the Delta are inadequate to prevent these species from going extinct.”

He points to biological opinions and assessment information that are “publicly revealing to the adverse effects of California WaterFix.”

Why? Simple. The NRDC did not support California Water Fix.

Aug. 16, 2018: Obegi explains the NRDC’s disgust at a delay in voting by the State Water Resources Control Board (SWRCB).

He complains, “After 10 years and multiple rounds of public hearings, the SWRCB announced yesterday that it would postpone voting on whether to adopt new flow and water quality standards for the lower San Joaquin River and Stanislaus, Tuolumne, and Merced rivers.”

He goes on: “These standards are long overdue, yet the Board continues to delay while our native fish species head towards extinction.” He says current standards are “too weak to protect salmon and the health of these rivers.”

In his argument, he refers to “the best available scientific information.”

And now we return to 2019, where the NRDC and other environmental groups are heavily backing a bill that freezes time in the hopes of preserving the antiquated scientific data.

Again, this is the same science that has produced disastrous results – from declining fish species to water shortages.

This is the same science that the NRDC previously referred to as catastrophic, weak, outdated, lenient, and inadequate.

In pursuing this decades-long game of rhetorical gymnastics, the NRDC exposed itself as being just as concerned about the quality of fish populations as the buyer of a Filet-O-Fish does at McDonald’s.

Instead, this battle is all about who is in office. It is about appearing to the public to be progressive while, behind the scenes, advancing degradation.

After decades of preaching “protection” and billions of dollars spent portraying policy as saviors of the earth, the results are clear:

For groups like the NRDC, pursuing a once-worthy aim has mutated into creating a vice-grip to control vast populations.

But more importantly, it’s also about controlling who is in office.