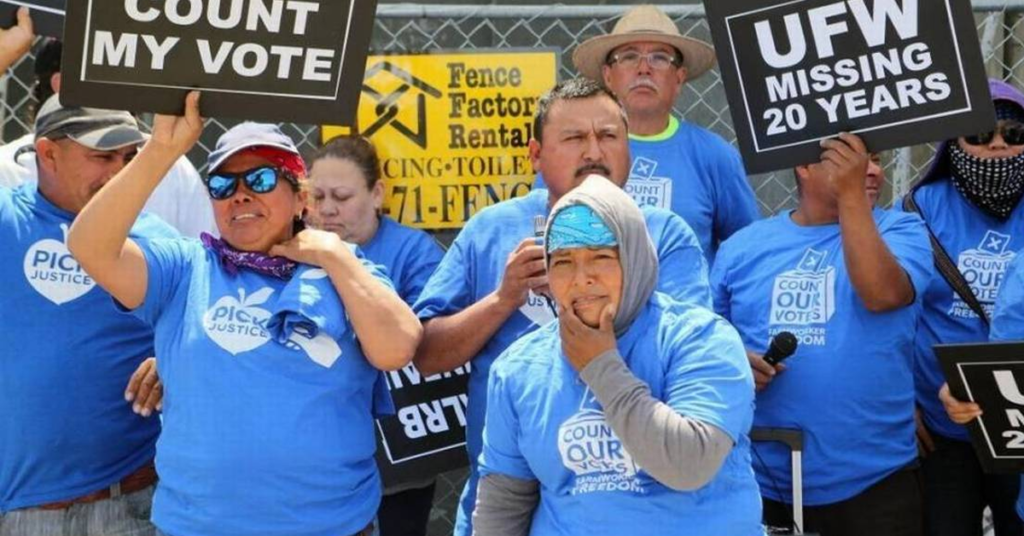 Pick Justice Action – a Valley-based farmworkers rights group at the forefront of recent labor battles against United Farm Workers – announced Tuesday that it is commencing ad campaigns focused on California legislators that it deems are “anti-farmworker.”

The group announced earlier this week it is launching a six-figure ad buy against Gonzalez Fletcher.

The campaign will include advertisements in television, radio, digital and print venues to “expose these legislators’ anti-worker biases and call-to-arms those who are willing to stand up for basic human and American worker rights.”

Pick Justice Action said the campaigns will continue indefinitely and additional funds will be added over time until it feels basic worker rights are afforded to farmworkers.

“For far too long Democrat Assemblywoman Lorena Gonzalez Fletcher has prioritized labor union bosses over the workers she pretends to represent,” said Pick Justice spokesman Jesse Rojas in the release.

“In one instance she sided with the United Farm Worker union leaders who disappeared from a farm for two decades and came back demanding three percent of the workers’ weekly pay,” Rojas said, referring to a five-year battle between farmworkers for Fresno-based Gerawan Farming and the UFW.

“She also opposed common sense legislation in the Assembly that would have provided farmworkers with the same rights as the staffers at the Agricultural Labor Relations Board and most every other worker in the state.”

Rojas pointed to Gonzalez Fletcher’s authoring of Assembly Bill 5 – a newly-enacted law that reclassifies wide swath of independent contractors as employers, from farmworkers to Uber drivers to freelance journalists to barbers and hair stylists – as one area where she let down farmworkers.

“Our efforts will provide transparency about Assemblywoman Gonzalez Fletcher’s record of hypocrisy, lack of support for farmworkers and will serve as a warning to other members of the legislature that hard-working immigrant workers will not settle for all talk and no action,” Rojas said.

The move to highlight legislators is the first major action by Pick Justice since its 2018 victory over the UFW in decertifying the union as the labor representative for workers at Gerawan Farms.

After the union re-engaged in 2013, following a 20-plus-year absence, workers cast votes to end the UFW’s representation. Due to claims of undue influence, ballots were impounded by California’s Agricultural Labor Relations Board.

Last September, following a bevy of legal action with both the ALRB and California appellate courts, the five-year-old votes were counted. Gerawan workers voted in a 10-to-1 fashion to decertify the UFW as its labor representative.